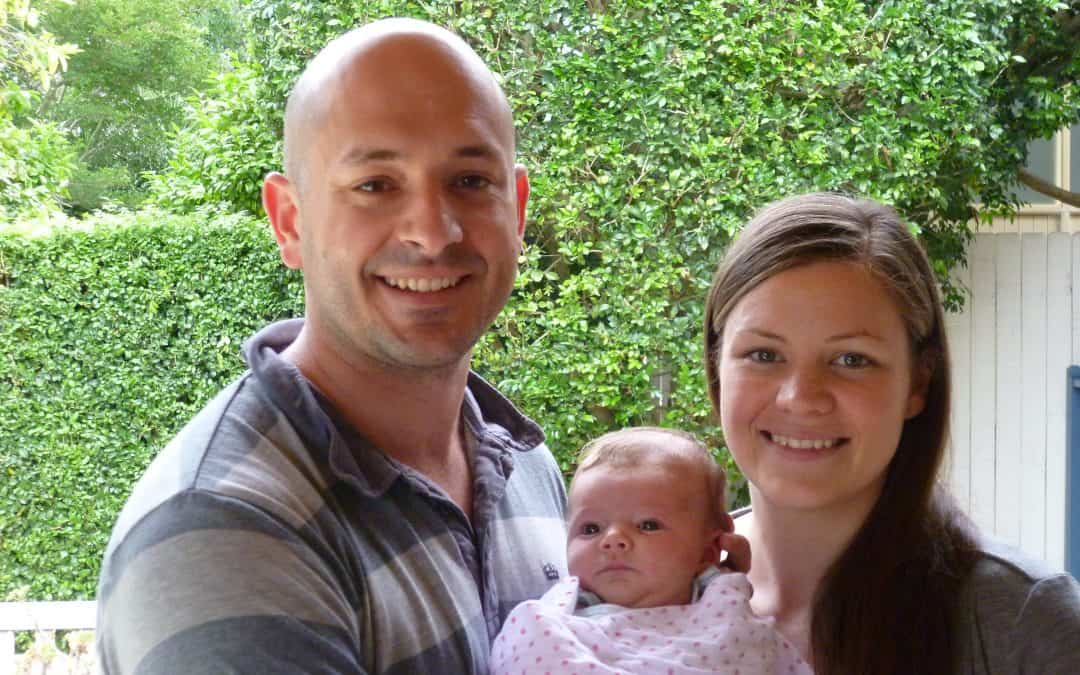 Here’s my testimony and how I came to follow Jesus. It’s not that flashy: no near death experience, no visions, no miraculous healing. It is a miracle though: I had my heart and mind completely transformed.

I grew up in a comfortable suburban family, the middle of three boys, with Mum, Dad and a dog. Nominally Church of England, we used to drag ourselves to church on Christmas day and grudgingly bear an hour of boredom, before rushing back home for a frenzy of present opening, and chocolate gluttony.

I can say now that I was a temperamental and dreamy child, and spent many hours sulking in my room, lying on my bed, looking out the window up at the sky and wondering if God was there.

I used to have a recurring nightmare that I was falling through a vast empty expanse. It always ended with me waking in a panic. I was terrified of emptiness, loneliness and death. As I grew older I learnt to fill my life with enough things to forget about the big questions, and I always lived for the next thing, thinking this would complete me. Life it seemed was a series of hopes and disappointments.

School was a lonely and cruel place. I learnt in science that I was an evolved animal competing for ‘survival of the fittest’, and my sole purpose in life was to reproduce. Being puny and dopey didn’t appear to be helping my chances here and I felt as though I’d been dealt a poor deck of cards! Despite hours of work in the gym and daily resolve to study more for exams, my best efforts didn’t pay off and I felt worthless. I always managed to conceal it behind a veneer of pride and arrogance, emulating other ‘successful’ people I saw, and I had learnt that to be loved you must at least appear successful!

University was a breath of fresh air. Suddenly the structured routine of school was replaced by lots of free time, and rather than being told what to think, the place was a cauldron of free thought and different ideas. I spent most of my time in the library researching philosophy, psychology, and everything but the engineering course I was enrolled in.

I’d been warned to stay clear of the ‘Jesus-people’ on campus, and made a concerted effort to avoid eye contact at all times walking past their stalls. Deluded and daggy were the two words that came to mind, as I hurried past, feeling pity for them.

Akos and Nandor were twin brothers, originally from Hungary, who I had started the engineering course with. They made a real effort to get to know me and could talk for hours about philosophy, psychology and all the things I’d been reading up on. They were great guys and I took a real liking to them. It disappointed me when they told me they were Christians.

Resolving that ‘nobody is perfect’, and secretly feeling slightly sorry for them, I continued spending time with them debating religion and the big questions in life. Prior to university, I’d never been confronted by the historical figure of Jesus. With each conversation we had, it was as though a new piece of a large jigsaw puzzle was being put in place, and I didn’t like the picture that was starting to emerge.

It was about August in my third year that I wanted them to stop pestering me with Christian stuff, and I realised the only way I could do this was to sound as though I knew what I was talking about, which I didn’t. I thought I’d dismantle their arguments by going to the source itself: the Bible. That’s when I encountered the historical Jesus and I knew there was no way to disprove him.

Shortly after, Akos asked me one lunchtime whether I’d made a commitment to the Lord and I said yes, but secretly I only said it to make him happy. That night, I went home and I felt guilty that I’d lied to Akos and I suddenly realised I had lied to God, and this frightened me. I had kept a comic of Matthew’s gospel under my bed that had been given to me by a ‘Jesus freak’ on the street one day. I flicked it open and began to read. As I did, I started seeing Jesus as I’d never seen him before. I read about his compassion and his love for people, and his willingness to spend time with those that no one else would. My heart started to break as I read that God loved me. I started to check with the proper Bible that I’d been given just to check it wasn’t made up. Flicking to Luke’s gospel I read 19:5 where Jesus says to a despised tax collector “Zacchaeus, come down immediately, I must stay at your house today!”, and I knew at once this was God speaking to me.

That night, like Zacchaeus, I came down from where I was hiding and started my walk with Jesus. At times it has been a hard road and many times I have wandered off the path. At times it has been a lonely road and one plagued with fears and doubts. But through it all, Jesus my Lord and God has remained faithful as he promises: “Never will I leave you; never will I forsake you” (Hebrews 13:5). And today I walk on knowing that eternity awaits where “the sounds of weeping and of crying will be heard no more” (Isaiah 65:19)

“For God so loved the world that he gave his one and only Son, that whoever believes in Him shall not perish but have eternal life”  – John 3:16